Customer’s insights into a successful software outsourcing project – the who, what, when, where, why and how of selecting the right IT partner

Looking for a partner

Choosing the right software partner is not much different from choosing partners and friends in real life. According to Andreas Martin, Co-founder, and CEO of the innovative German startup Flowers, mutual trust is the most critical prerequisite for a successful software outsourcing project. Naturally, for him, the second most important factor is professional skills, followed by good personal contact. It seems that two out of three essentials for a productive IT project, according to Andreas, are more associated with real human relationships and not purely hi-tech abilities. 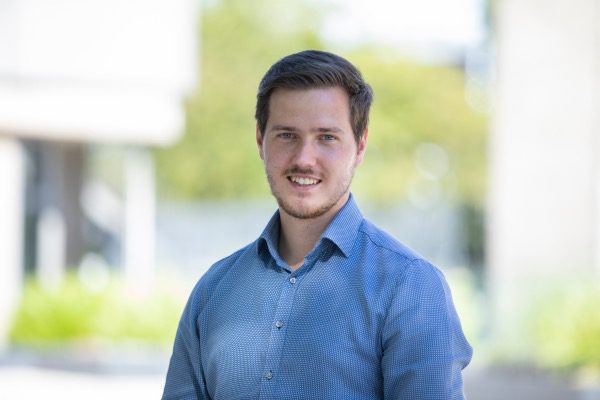 According to Andreas, planning resources and speed were among the main challenges when they started this project. Specifically, financial resources were the rationale for considering nearshore outsourcing to Bulgaria, where they thought development would be cheaper. “It’s not less expensive,” says Andreas and added: “But we realized that the expertise level in Bulgaria is much higher than in Germany. We made our decision because the proficiency that we experienced was just awesome.”

The outsourcing option raised some concerns among their stockholders. “Our investors feared that by outsourcing, we might lose control over the project,” Andreas said that the open communication and the granted control over the code during the whole project alleviated any doubts.

During their process of finding a software outsourcing partner in Bulgaria, Flowers took notice of Bianor. Andreas shared that their first criterion when selecting the partner has been the size. They were seeking a small to medium-sized company. “We wanted personal service and not an automated business as in the big agencies – personal contact is vital for us,” said Andreas. Receiving a timely, precise, and the personalized response was the touchstone for short-listing the potential partners among the 50 companies they had initially contacted. “Bianor reply was detailed, fast, and accurate,” said Andreas.

Another essential principle for Flowers was the financial health of their future partner. “We tried to filter out agencies with bad financial states to avoid the risk of losing them in the middle of the project,” said Andreas. Also, Flowers considered any unrealistically low offers in a negative light. According to them, such quotes are a sign of an unhealthy financial status or inadequate estimation.

When looking for real human contact, naturally, the second stage of the selection process for Flowers was the personal meeting. After making their shortlist, Andreas and Daniel Vöckler, the company’s co-founder and CTO, made appointments to meet the contenders. “When we visited Bianor, they welcomed us very kindly, took the time for a productive talk, and showed that they are interested in the project. We had a very professional and good impression after our first meeting,” says Andreas. After a 10-day trial, the two companies extended their agreement for the whole project. “If we are to look again for developers, we will choose Bianor again, and actually, we do plan to increase our cooperation in the future,” shares Andreas.

According to Georgi Talev, Bianor’s CTO, attracting the first customers, and demonstrating the product’s capabilities are the most crucial tasks for any startup. This is why the decision for outsourcing – delegating the future of your idea to a stranger is so delicate and requires both courage and serious research.

“We are sincerely happy that Flowers have trusted us for this critical stage of their project,” says Georgi and adds, “Our team worked with the same enthusiasm and the same pace as if they were part of the startup, meeting all customer’s requirements and expectations.” A very positive indication for the successful outcome, according to Georgi, has been the fact that the system was fully functional, and the German company captivated their first subscribers before the end of their collaboration with Bianor. “Flowers’ interest to continue working with us in the future is the best compliment we could get for our work,” Georgi concludes.