Coding for a Safer World

In today’s world, we face a complex and unpredictable security environment, comprised of crisis and instability across the Middle East and North Africa and terrorist threats in regions previously considered safe. A large number of severe natural disasters around the Globe have complicated the picture, as well. To effectively meet and respond to this dynamic paradigm, the North Atlantic Treaty Organization (NATO) runs several programs aimed at delivering timely and coherent intelligence in support of decision-making and appropriate response. 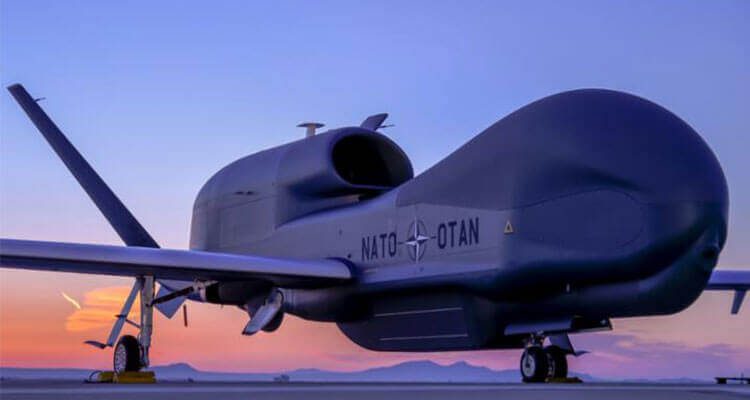 Amongst the largest and most comprehensive NATO projects in recent years is the Alliance Ground Surveillance (AGS) program, with a budget of 1.7 billion USD. The NATO AGS consists of a complete and integrated ground surveillance capability that delivers the Alliance and its nations unrestricted and unfiltered access to persistent wide-area terrestrial and maritime surveillance data in near-real-time (NRT). It is set to work under all weather conditions in a flawless interoperable manner. NATO AGS’s main task is to improve the in-theatre situational awareness and facilitate effective decision-making. Whether it is a territory with military conflicts, humanitarian crises, terrorist threats or post-disaster situations, NATO AGS’s ultimate goal is to save people’s lives.

The NATO AGS Air segment is made up of airborne radar sensors. The Ground segment consists of fixed, transportable, and mobile ground stations for data exploitation and dissemination. All components are seamlessly connected through high-performance data links.

Five Northrop Grumman’s autonomous aircraft systems, based on the US Air Force Block 40 Global Hawk, are responsible for handling the AGS Air segment. With a maximum flight altitude of 60,000 feet /18,000 m and a flight duration of over 30 hours, Global Hawk has proved high capabilities in critical missions in Iraq, Afghanistan, and Libya. Its sibling, AGS NATO RQ-4D remotely piloted aircraft, has been specially adapted to NATO requirements to provide a state-of-the-art Intelligence, Surveillance, and Reconnaissance (ISR) capability to the Alliance. It is equipped with an MP-RTIP (Multi-Platform Radar Technology Insertion Program) – an active phased-array side-looking radar for imaging (SAR – Synthetic Aperture Radar) and moving target indication (GMTI – Ground Moving Target Indication) properties.

At the end of November 2019, the first RQ-4D landed at its new home – the AGS Main Operating Base at Sigonella, Italy. Once all five aircraft arrive at Sigonella, a verification phase will start to ensure full compliance between the Air and Ground systems, aiming at initial operational capability in the first half of 2020.

The Italian company was in charge of two entity types related to the Ground segment located at the Main Operating Base, interacting with the Air Vehicle Management and Command & Control capabilities and the other available entities connected through the LAN. Bianor was one of the two Bulgarian companies (with the other is TechnoLogica) selected by SELEX as Industrial Partners for the project.

Bianor’s task was to develop a software module responsible for providing Main Operating Base and Transportable General Ground Station entities the functionalities of dealing with motion and primary imagery data streams, following respective NATO standards – STANAGs. In other words, Bianor created a software infrastructure capable of processing multiple simultaneous data streams coming to the Front End Processor from all external sources (aircraft or ground radars). The term “processing” here encompasses the ability to extract metadata/telemetry information from numerous synchronous feeds and convert it to engineering data structures, suitable for further management by other software components, stored in archives, or visualized on monitor screens of the Operator Workstation.

The particularity of the task comes from two main directions. The first is the specifics of the NATO standards. They are much more descriptive and definitive than the civil ones and require extra time for in-depth recognition. The second cause for the uniqueness of the task comes from the technical side. Namely, the massive data amount that the software has to handle to provide mission-critical information in near-real-time, without any interruption. Also, due to the immense security demands, the team was restricted from using certain coding languages and technologies and had to count on others, which were not always the most straightforward or most usual for achieving the specific and desired outcome.

Being involved in such a large-scale project whose objective is to provide better Global security for years to come, is a valuable experience for every partner. The latter is especially valid for companies like Bianor, that are experiencing it for the first time and are based in one of the youngest NATO country members. It is not just about the technical experience, but the emotional satisfaction of contributing to a better and safer world for our children and grandchildren.

A Video Streaming Platform for TV

NATO and Northrop Grumman have initiated a research and development on real-time video reconnaissance solution.

Employing a wide array of technological insight to enhance the software monitoring of AT&T’s broadcasting facilities.

Developing a solution for the US Library of Congress, capable to process five Petabytes of materials annually.

IPTV Service for A1

A cross-platform IPTV service for A1 – a leading telecommunication service provider part of Telecom Austria Group.

Development of a DLNA managed video streaming service for Bezeq – the leading telecommunications group in Israel.

Development of an image recognition app based on Optical Character Recognition technology, to help students in their studies.

Building a dedicated service unit of experienced Java and QA engineers for Intershop, an industry pioneer in online retail.

Design and development of a visual voice messages solution for Tecnotree, a global provider of telecom IT solutions.

The app that collects and analyzes data, for home diagnostic purposes, via a smartphone’s camera and a special litmus strip.

Designing the communication protocol for seamless integration between web based- and traditional remote control services.